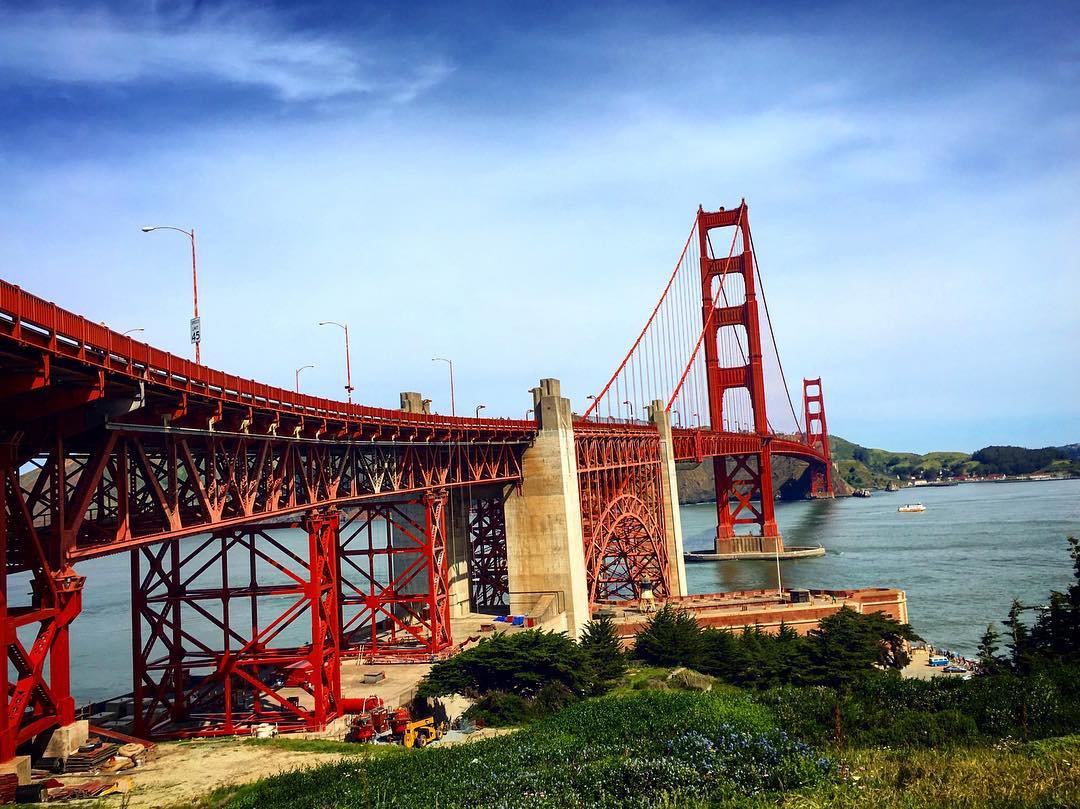 Posted at 15:34h in Uncategorized by Admin 0 Comments
0 Likes

Chili House in San Francisco’s Richmond District has earned a reputation as one of the best Sichuan restaurants in the City by the Bay. Located at 726 Clement Street in San Francisco, the restaurant has become known for authentic Chinese food, Beijing Dim Sum, and Peking Duck. Along with your visit to Chili House for a satisfying lunch or dinner, you may want to take the time to explore some of the other sites in the area. Here are eight attractions that are within just a few miles of Chili House SF.

The Golden Gate Bridge is generally at the top of every San Francisco visitor’s list. Once termed “the bridge that can’t be built,” the bridge is now considered one of the seven wonders of the modern world. The suspension bridge spans 1.7 miles between San Francisco and Marin County. Pedestrians and bicyclists can use the bridge’s sidewalk during daylight hours.

Golden Gate Park is the fifth most-visited city park in the U.S. and one of the largest. At 1,017 acres, the park is even larger than New York’s Central Park. During your visit to the park, you can choose among several museums, lakes, the Japanese Tea Garden, the San Francisco Botanical Garden, hiking trails, picnic groves, monuments, and playgrounds.

Distance from Chili House: 0.7 miles to Fulton St. edge of the park

Re-live the “Summer of Love” any day of the week with a visit to the Haight-Ashbury District. The corner of Haight and Ashbury streets still has its roots in this era, with vintage clothing shops, book and record stores, and independent theaters.

Sometimes also referred to as Sea Cliff, the Seacliff neighborhood is located in northwestern San Francisco and is a must-see. Just one of eight master-planned residence parks in the city, the community lies adjacent to Baker Beach with a view of the Pacific Ocean. Some of the more famous past and present residents of Seacliff include Ansel Adams, Robin Williams, and George Soros. Also find the secluded China beach, a small area featuring picnic spots & views of the Marin Headlands & Golden Gate.

The Legion of Honor Museum is part of the Fine Arts Museum of San Francisco. Located at 100 34th Avenue, the museum sits in Lincoln Park with views of the Golden Gate Bridge. When you visit this iconic museum, you’ll be able to view more than 6,000 years of ancient and European art.

If you’re looking for a unique shopping experience, be sure to check out the Upper Fillmore Street Shops , located just south of Pacific Heights. Fillmore Street has developed into a destination of sorts in San Francisco, with its Jazz District and now its energized shopping village with many one-of-a-kind shops and high-end boutiques.

Baker Beach is a public beach in the northwest section of the city that lies along the Pacific Ocean and provides stunning views of the Golden Gate Bridge. For several years, Baker Beach was known as the original site of the “Burning Man” festival, which has now moved the Nevada Desert. The northern section of this public beach remains a popular spot for nude sunbathers.

San Francisco’s Presidio is now a park, but that wasn’t always the case. This beautiful area on the city’s northern peninsula was once a U.S. Army military fort. Now, it is a part of the Golden Gate National Recreation Area, where you can visit for views of the Golden Gate Bridge, tours of the fort, and even see marine exhibits at the Gulf of the Farallones National Marine Sanctuary.