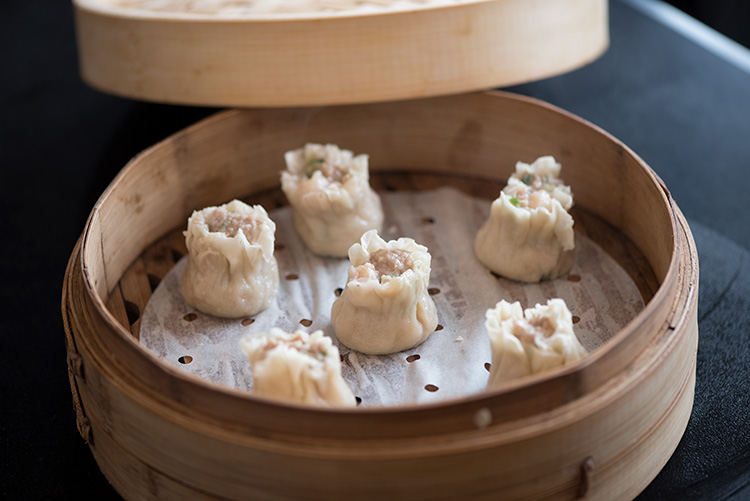 Shumai is a traditional dish  that can be made in many different forms. In the United States, the most common form is the shumai dim sum. While there are many different fillings and techniques use for this delicious treat, it usually is served as a filling of pork in a thin dough which is streamed or fried. When biting into shumai dim sum, the dumpling will burst into a ball of flavor that will leave you begging for more.

Shumai is a word that translates to “to cook and sell.” This means that dumpling is most often prepared and sold at a restaurant instead of a home. It has also been suggested it was named this way because shumai “never left unsold.”

The term “dim sum” is from a Mandarin word “dian xin” which means “touching the heart.” This speaks of the way this food is considered to be excellent for the soul. However, it is also translated as “dessert” in some situations.

The earliest documented consumption of shumai occurred during the Song Dynasty at Chinese teahouses where merchants stopped in to rest while traveling the Silk Road. During the Tang Dynasty, more teahouses were introduced as a way to offer meditation as well as food and drink. While teahouses originally did not serve food, dim sum became standard over time. Shumai dim sum was originally consumed as an afternoon snack but over time became a staple of lunch and breakfast meals. In Cantonese culture, mealtime is a time for great company and conversation.

While business can be discussed over dim sum, the meal is largely considered a time for enjoyment. It is unknown if shumai was born along with tea and other foreign foods, but it is believed to be likely. If so, it may have been in existence even before the Song Dynasty where it was documented.

Shumai dim sum and other dim sum dishes are most commonly served on a metal cart that is pushed around the entire restaurant. Steamed dim sum may be served in steamers made of bamboo, while other types are most often served on typical plates. All the fresh offerings will be on the plate and you call out to a server who brings you what you order. In many cases, dim sum will come in sizes of small, medium, and large.

At traditional United States restaurants, there may not be carts and instead your chosen dishes will be served to your table, as is the typical American restaurant behavior.

How Shumai Is Made

The most common ingredients in shumai dim sum include ground pork and shrimp, along with a small amount of vegetables and unleavened dough. Additional spices and herbs are also included to give the fragrant, tasty dish its popularity. If you haven’t tried this exceptional dish, it is something everyone should consume at least once. Give it a try!