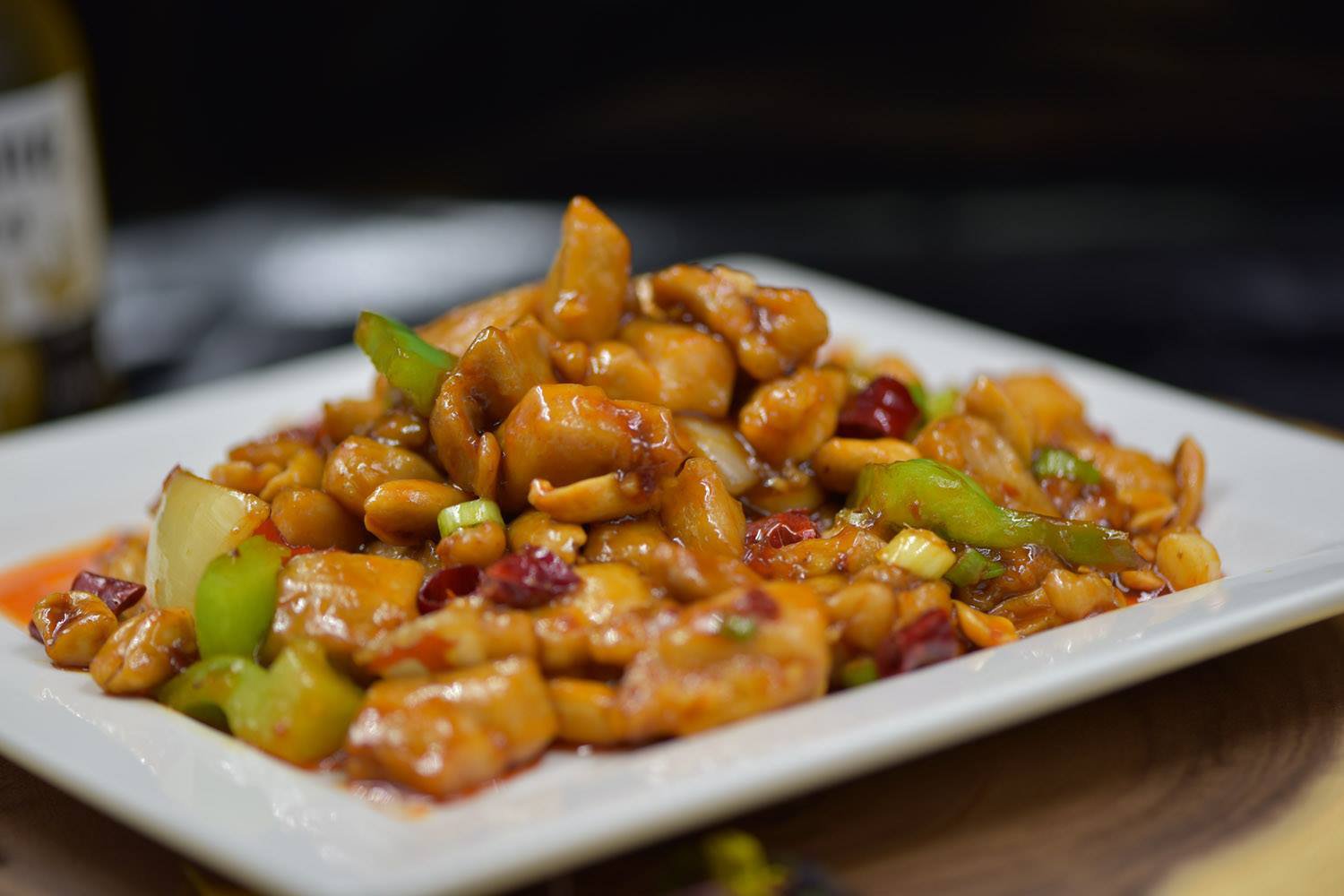 19 Aug Everything You Wanted To Know About Kung Pao Chicken

One of the popular dishes available at any Chinese restaurant is Kung Pao Chicken. While generally associated with Westerners and the “westernized” Chinese cuisine, story of its origin can still be traced back to China.

The story begins in the Guizhou province in southern China. As a young boy in the early 19 th century, Ding Baozhen accidently fell into water not knowing how to swim. Thanks to the quick action of a local, Ding was saved and went on to hold a government post in the Sichuan province. Wanting to reach out and thank the man who saved his life years ago, Ding visited the man and his family to express his gratitude. While there, the man served him a dish he had never had before , featuring diced and marinated chicken, peanuts, and spicy Sichuan peppercorns.

He enjoyed the dish so much he asked for the recipe and started serving it to guests in his home as well. Not long after that, the dish spread across the province and took on the name Gongbao Jiding , named after the man responsible for its popularity.

As time when on, the Kung Pao Chicken made its way into restaurants all around China and eventually North America, where westerners fell in love with the spicy and savory dish. A crucial element of the authentic, “Sichuan-style” version features authentic Sichuan peppercorns, although Western versions of the dish could not utilize them until 2005 when an import ban was lifted off the pepper.

While the dish has remained quite popular in America and is still served happily in restaurants in China, the dish does not exactly hold the same clout . For one, chicken-based dishes are not as popular in China, as the meat produced locally is often dry and tasteless. As a result, chicken is generally imported from Japan. Also, most locals shy away from dishes that feature the starchy and syrupy suaces many American-Chinese restaurants feature.

For any fan of bold and spicy flavors, Kung Pao Chicken is a must-try dish. At Chili House, we prepare our own Kung Pao Chicken with the same spices and peppers that were featured in the original incarnation of the dish. Come visit us today for a authentic Sichaun experience!