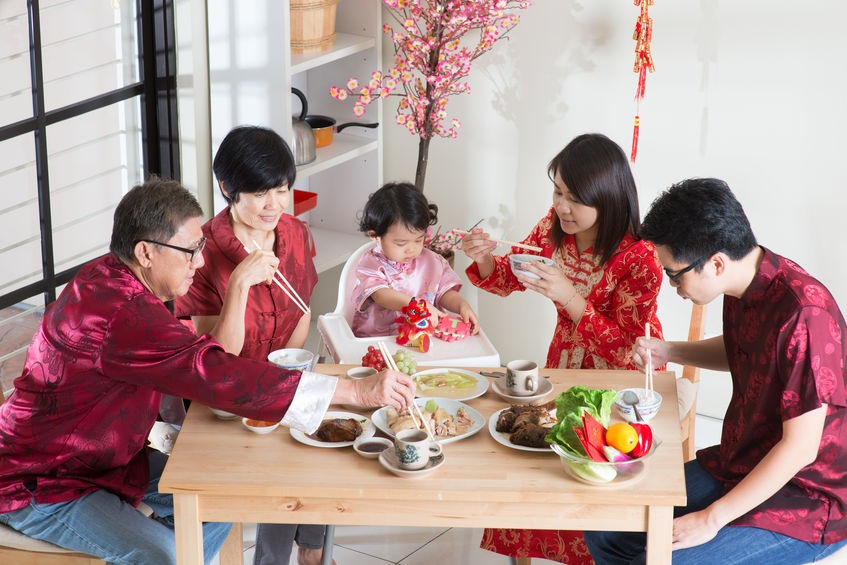 In China, A Meal Is More Than Something To Eat

In many countries and places, the food embodies the true culture of the place more than anything. But the food on the table, although important, does not necessarily showcases the social fabric.

How cultures eat their food is just as important. As globalization makes the world ever smaller, food may be the last true indicator of an area’s society. China for example, boasts a long and rich Chinese food culture in which family plays a key role.

The majority of tables in a Chinese household are round, but that doesn’t mean there isn’t a place of honor. The most esteemed guest or the head of the household will generally sit in the chair that faces the entrance to the dining area. To the left and to the right of the head of the family will sit the next members of importance, and this hierarchy will continue on around the table meaning the youngest member of the family ends up directly across from the oldest.

Chinese tradition also suggests a hierarchy to serving plates. The more traditional families will require the youngest to invite the eldest to enjoy the meal. It is also important to note that the best dishes or favorite dishes will be placed directly in front of the head of the family and the treasured guests.

The first person to pick up their chopsticks and begin the meal will also be the head of the family, but once that action has begun, the younger generations can relax and enjoy the meal. Deferring to elders shows honor and respect.

Etiquette at a Chinese Dinner Table

Wherever you are seated at the table, you should begin your meal with those dishes that are nearest to you. Adding a few morsels to your plate with your chopsticks before passing the dish on to the person on your left or right. No one should dig around in the plate with their chopsticks looking for a particular piece of meat or another item because this is not only very rude, but it is also extremely unhygienic.

At a formal dinner or banquet, there can be anywhere from 12-16 dishes on the table. There will generally be a handful of cold dishes such as fruit or other items typically served chilled or at room temperature. Then there will also be eight to ten dishes of heated food items. Expensive Items on the table that or rare foods brings honor to the guests.

In Chinese households, family members may show affection by placing morsels of food on a loved one’s plate. This is considered the equivalent of telling someone you care about them. People who struggles with discussing their feelings of affection can generally get the point across in this manner.

When a diner finishes eating, they place their chopsticks neatly to the side of their bowl or plate. It is considered very rude to leave them stuck inside the unfinished food bits. It is also etiquette to leave them sticking up from a rice bowl.

Chopsticks sticking straight up invokes the leaving of incense on the altar of a dead ancestor. Therefore many consider it to be rude and disrespectful to do so at the dinner table.

The rules of etiquette have morphed over the years in Chinese households and elsewhere around the world. However, there is still a lot to learn about the eating rituals of other cultures. A meal with a family in China, or with Chinese families elsewhere, is a great way to experience Chinese food culture.