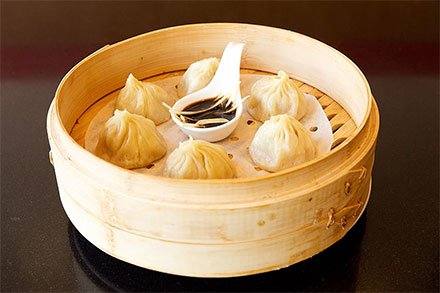 Posted at 15:14h in General, Uncategorized by Admin 0 Comments
0 Likes

Soup dumplings are an essential part of any Chinese meal, but not everyone knows what they are or how to eat them. The bite-sized food consists of a shell made from dough, which can come from several different sources of starch. It is soft and chewy. The inside contains hot soup made from a variety of ingredients. Cooks often recommend that diners consume the soup dumpling in one bite to fully appreciate the combined taste of the thin flour wrapper, meat filling, and broth.

Since the Chinese eat most food with chopsticks, some diners assume that this is also the correct way to eat a soup dumpling. However, the dumpling is too delicate to pick up or poke with a chopstick and will leak the broth of the soup all over the table or plate. Another common mistake is to grab it with fingers or a fork and place the whole thing in the mouth. That can be painful when the dumpling breaks open and hot soup spills out.

Use a Soup Spoon

Chinese restaurants typically serve dumplings with a large soup spoon, signaling to diners that this is what they should use to eat the dumpling . However, the diner still needs to get the dumpling onto the spoon. He or she can accomplish this by using a pair of chopsticks and picking it up closest to the knot. For those not wanting to risk a puncture, asking the wait staff for a pair of tongs is the next best option.

How Diners Can Eat a Soup Dumpling without Burning Their Mouth

As mentioned above, it’s best for people not to put the whole dumpling in their mouth at once. Instead, they should take a small bite from the side of the dumpling while it’s still on the soup spoon. This allows some of the hot broth to drain so the diner can slurp on it first.

It can take a few sessions of trial and error, but it won’t be long before the person new to soup dumplings eats them like a pro.