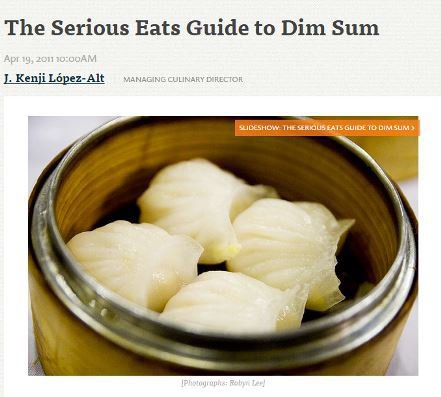 It would be difficult to find the best dim sum in San Francisco considering the many established Chinese restaurants like Chili House SF competing for the honor. The bite-sized cuisine has come a long way from its origins, which J. Kenji Lopez-Alt’s article for Serious Eats describes:

The original dim sum houses originated in Canton, and were a lot like diners: small, roadside establishments that served tea along with a bit of sustenance for weary travelers or rural workers. Just like Spanish tapas, which were originally simple accompaniments to glasses of sherry, these simple Cantonese tea snacks eventually became the main focus of the meal, though tea is, of course, still served. These days, in many parts of Southern mainland China, and in Hong Kong in particular, it’s become a weekly ritual family meal, generally taken on weekend mornings.

Dim sum’s popularity is worldwide in scope and different types of establishments, from hole-in-the-wall diners to the fanciest restaurants, offer it. Which is why there’s no simpler way to ensure your party is a hit than to offer dim sum treats as part of the menu. A popular Chinese food catering service would be able to offer the tastiest dim sum choices, some of which you can read about below.

First, there are the tasty dumplings. Wrapped in a thin rice flour skin, dumplings come in a wide range of shapes and sizes. Usually steamed or fried, the main difference between dumplings are actually their filling. Typically consisting of pork or shrimp mixed with various vegetables like green onions, carrots, and mushrooms, the filling’s taste can range from spicy to sweet. No matter the flavor, however, they are a delight to the palate.

Second, fluffy buns are also a popular and filling part of the dim sum experience. Filled with a variety of fillings ranging from savory pork to sweet bean pastes, these buns are either steamed or deep-fried. As you bite into one, the texture of the wheat or rice bun gradually gives way to a satisfying burst of flavors.

Finally, you can finish off a dim sum meal with complementary desserts. There’s mango pudding, a blend of mangoes, milk, and sugar that is served chilled, or you can try the well-liked fried sesame balls, which are balls of glutinous rice covered in sesame seeds with a sweet bean core.