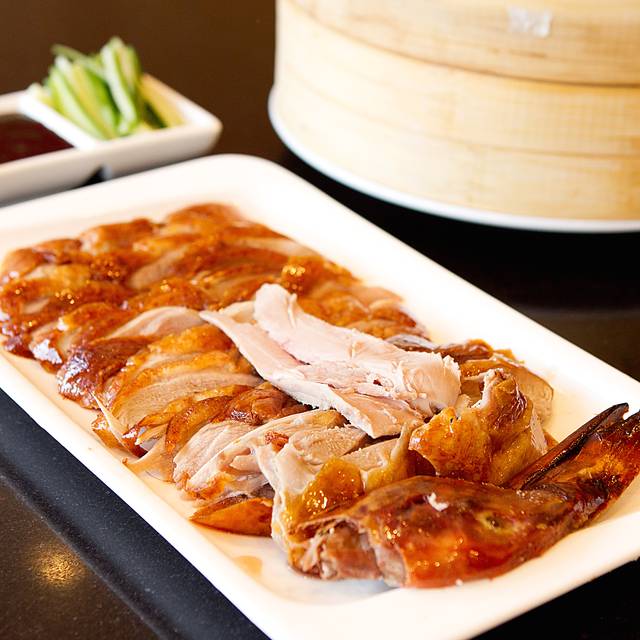 30 Apr The Importance Of The Peking Duck Process

The creation of the traditional Peking duck dish is something that requires a careful knowledge of an age-old skill. Prepared the same way since the Imperial era, this Chinese dish is an important cultural cornerstone. As such, the Peking Duck process for sourcing the meat, marinating, roasting and serving the duck is very important.

The crisp skin combined with the correct fat to meat ratio is something that can’t be replicated utilizing shortcuts of any kind. Far too many people have been fed an inferior product, and there’s a very telling difference between commercially prepared Peking duck and the authentically prepared dish.

The traditional method of Peking duck preparation is as old as the Northern and Southern dynasties. The chef would choose a White Beijing duck, a breed heavily domesticated in China, and roast the duck to slow perfection. They did this using either a convection method, or a second method that suspended the duck above the flame.

The second method has been continued with a great deal of success throughout traditional Chinese restaurants. The preparation of the traditional Peking duck involves the following:

The duck will be deemed ready when its skin has a beautiful reddish color and has the crisp texture that can only be achieved via traditional cooking methods. In restaurants that continue to embrace the old ways, the chef will bring the duck to the table and slice it into more than 100 thin and succulent sections.

Why Is The Traditional Peking Duck Process Preferred?

An article by Veronica Lin highlights some of the problems with cutting corners and utilizing cheaper and faster electric ovens. In Lin’s interview with chef Lu Xiaofei, she uncovers the advantages that cooking in the traditional large fireclay oven provides over modern electric means.

Lu notes the chef’s ability to carefully monitor the cooking duck and to make immediate changes when necessary. This close attention to detail combined with the original fruit flavors infused with the woods creates a finished product unique to this timeless method.

The practice of preparing and serving traditional Peking duck is so sacred to the Chinese culture that local California chefs and activists lobbied to have health code exceptions made in their favor. These exceptions allow the duck to be hung in the windows of traditional Chinese establishments while being dried according to ancient methods of preparation.

Since the exception was made for Peking duck in the 1980s , chefs have continued to embrace and practice cooking methods that keep a cultural tradition alive and well for future generations.