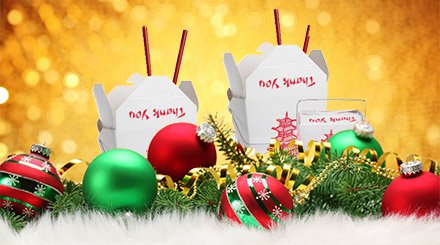 02 Nov Why Chinese Restaurants Are So Popular During The Holidays

Posted at 14:50h in Info Articles by Admin 0 Comments
0 Likes

The combination of Christmas and Chinese food is iconic. According to Google Trends , more people search for “Chinese food/restaurant” during the week of Christmas than any other week the year. It isn’t just internet searches either. On December 25, Chinese food orders increase by as much as 152%, according to GrubHub in 2013. This phenomenon is not new.

Be sure to book early to take advantage of our limited Peking Duck or banquet dining options. Chili House SF experiences some of our busiest days of the year during Christmas and other holidays!

Chinese food became a traditional go-to within non-Christian immigrant communities. The tradition seems to have originated in New York City as far back as the late 1800s. Immigrants from cultures that don’t typically celebrate Christmas found they had time off to spend with family, but no traditions of their own. Chinese restaurants were open on Christmas day and offered an inclusive, welcoming environment. So a century-long love affair was born!

Chinese cuisine symbolized the urban, cosmopolitan lifestyle in the early 1900s. For many new Americans, enjoying Chinese food was a way to celebrate the great American cultural melting pot.

Since Chinese restaurants come in a range of prices, it is an affordable treat for budget-conscious families. Many Chinese restaurants offer family-style meals that promote sharing and camaraderie. Some San Franciscans who celebrate Christmas also opt to enjoy a Chinese meal on Christmas Eve or even Christmas day. They prefer the low-stress, relaxing experience.

Chinese Food As A Holiday Alternative

Lifehacker lists “eating Chinese food” as one of the top alternative activities for Christmas day. Other classic alternatives include going to the cinema as many new films release on Christmas day. Also, they suggest visiting parks and open spaces or spending time enjoying a favorite hobby. If you are feeling social, you will find plenty of company at a popular Chinese restaurant.

Other cuisines also see a boost on December 25, according to GrubHub. Muslim halal, Indian, dim sum, kosher, Thai, and Vietnamese food also saw an increase in takeaway or dine-in orders. Though these others have not yet reached the same level of popularity as Chinese food.

Just in case you are looking for ideas of what to order, GrubHub told CNN the most popular Chinese dishes on December 25, 2014, were:

While this tradition originated in immigrant communities in New York City, it soon spread across the nation. It quickly reached San Francisco, due to the thriving Chinese community.

Whether you celebrate Christmas or not, continue a modern tradition by booking your Christmas Eve, Christmas, or Boxing Day meal at your favorite Chinese Restaurant. Don’t be surprised if your favorite restaurant is fully booked, reserve your table early to avoid disappointment.